Genesis informed investors on a Wednesday call that its lending arm was unable to meet all withdrawal requests because of the unusual turbulence caused by the rapid fall of FTX.

Binance Big Boss Reaching Out For Info On Loans

According to Genesis, “abnormal withdrawal requests” have exhausted its “current liquidity.”

Reports indicate that “CZ,” the CEO of Binance, has been communicating for further information on Genesis’ balance sheet as he looks into a possible offer for the crypto platform’s loan assets.

In the third quarter report for 2022, Genesis disclosed active loans worth close to $3 billion.

Digital Currency Group (DCG), the venture capital firm that owns Genesis, Grayscale Investments, and the cryptocurrency news site CoinDesk, states that Genesis’ decision to freeze withdrawals has “no impact on the business operations of DCG” and its other wholly-owned companies.”

As this developed, B2C2 – the largest market maker in the industry – has also offered to purchase loans from Genesis. B2C2’s chief and founder, Max Boonen, initially tweeted about the offer as a measure to “ease the current liquidity issues.”

Multiple crypto sector funds, service providers, and lending platforms have exposure to SBF’s beleaguered crypto exchange, and when investors withdrew their funds from exchanges and stablecoins, these entities began to experience liquidity jitters.

Even the largest prime brokers were affected by the drying up of liquidity, including Genesis Trading’s lending platform.

The rapid downfall of FTX has driven many individuals to lose faith in the enthusiasm around cryptocurrencies.

Based on Dow Jones Market Data, the price of Bitcoin, the largest cryptocurrency in the world, plummeted more than 7% to a low of $15,708 on the announcement of FTX’s bankruptcy filing. 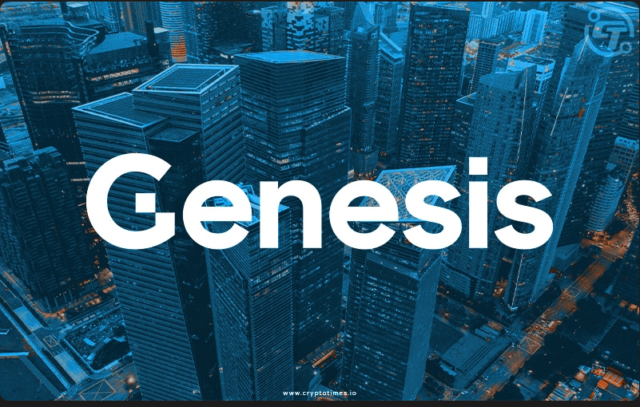 Genesis Loans Should Be Peanuts For Binance & CZ

Meanwhile, in its most recent earnings report, Genesis disclosed an 80 percent reduction in active loans compared to the last three months, falling from roughly $5 billion to just $2.8 billion.

After the collapse of Three Arrows Capital – a Singapore-based cryptocurrency hedge fund – Genesis rendered around 20% of its personnel jobless, and replaced previous CEO Michael Moro with COO Derar Islim.

According to Forbes, Binance facilitated more than $9.5 trillion worth of trades last year, representing over two-thirds of all trading volume processed by centralized cryptocurrency exchanges.

If all goes according to plan – due diligence process and background checks included – taking care of Genesis’ loans shouldn’t be a problem for CZ.