Opinions expressed by entrepreneur contributors are their own.

This story originally appeared on Business Insider. This as-told-to essay is based on a conversation with Amber Lucas. It has been edited for length and clarity.

I spent a lot of last year reevaluating my life.

The most important thing I had to change was the type of guys I dated. Most of them were emotionally immature and financially irresponsible.

I’d bail them out. One guy wanted money because he couldn’t make rent. He couldn’t afford it because he’d spend his whole salary on weed.

Another guy left his rusty, old car at my home for three weeks. He couldn’t afford the maintenance. It was leaking oil. He used my AAA insurance to have it towed.

I wanted to meet better men

Those experiences made me want to meet more stable men — someone mature who could make interesting conversation and approached relationships with a generous mindset, a man with a handle on his life. I wanted to “date up.”

A friend told me about the dating website Seeking. It specializes in matching “successful” and “attractive” people. I joined in August 2021.

There are tiers of membership. The top tier costs $275 a month. People can post their income, net worth, and lifestyle budget when they join at the highest level.

I wanted to meet men who shared my interest in travel and exploring new things. I’m in the process of establishing my own business. I also thought it would be good to be among people who knew how to negotiate and reach targets. I hoped they’d advise or mentor me. 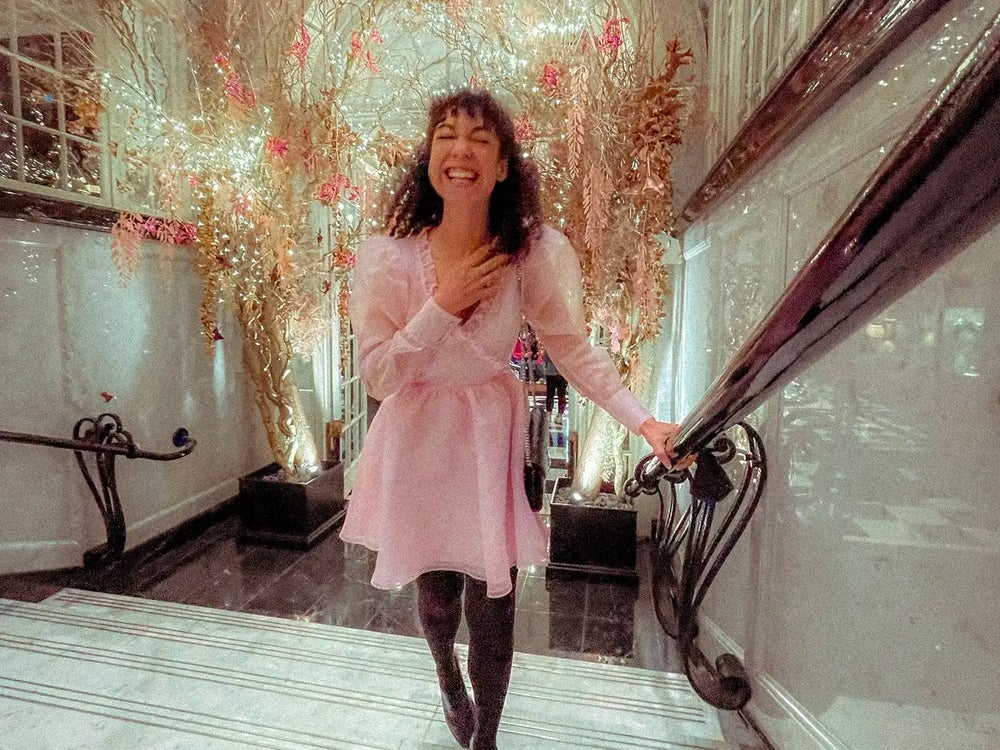 I talked to a few guys on the site. They were mostly in their 50s. I met one, who lived in my home city of San Francisco. He was super kind and intelligent. He brought his dog to the date, which I thought was sweet. But we didn’t really see each other again.

Then, in the fall, I dated an international businessman. He was 53, about 14 years older than me. We’d been on several dates when I told him that I was going on a trip to France. It’s one of my favorite countries. “Do you want to visit me?” I asked, somewhat jokingly.

He said he “absolutely” would like to come and asked when I was leaving. I said I hadn’t bought my tickets yet.

“Will you let me do that for you?” he said. “I would love to support you in your travel to France.”

It took my breath away. In my prior relationships, I had to be independent, save up my money, and plan every last detail of a trip. Here was someone who saw that I had a passion for France and wanted to support me in that passion. I thought about it for a bit. Then I said, “OK, yes. Thank you.”

He hovered over my shoulder when I booked the business-class flights. He said, “I don’t want to remove the power, so I’ll give you the credit card and we can do it together.” The moment the price came up, he said, “Don’t get sticker shock.” I thought, “These tickets could pay off my car.” 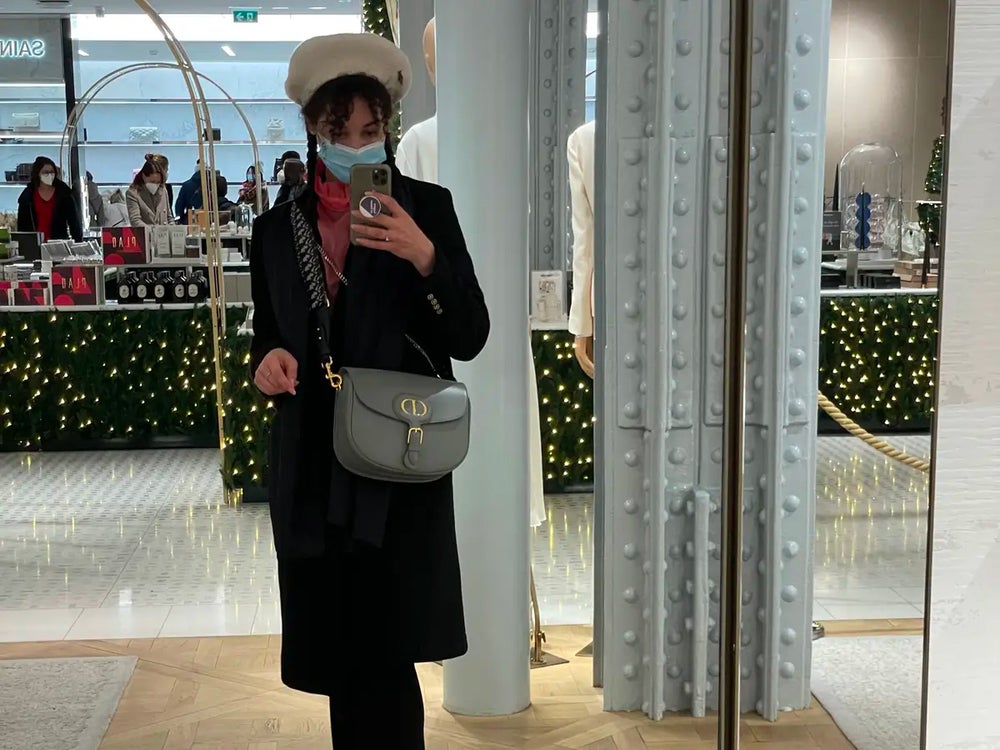 I lived in Paris for three months. He came to visit, usually when he was on a business trip in Europe. We’d visit places like the vineyards of the Loire Valley.

Christmas and New Year’s were beautiful. We stayed at a chateau in Bordeaux with a private chef and massage therapist. Otherwise, we had the whole place to ourselves. We played hide and seek at midnight.

He took me to London and bought me my first Chanel bag. It costs about $11,000. “Are we at a point in our relationship when it’s OK for me to buy you a bag?” he asked. He told me to take my time choosing the right one. I was tempted to buy Christian Dior but decided on Chanel. I thought, “I’m so glad that I’m dating you. How many men would just march off and buy any bag without thinking twice?”

We split up because our work got in the way

We had some great talks about business. He gave me advice and refined my business idea.

In April, we came to a fork in the road. We broke up. It was “right person, wrong time.” We had a lot going on in our work. We parted as friends.

I dated a couple of more guys on Seeking. They were smart and interesting. But I connected with a man who lived in the Bay Area, too. He was in his mid-50s. 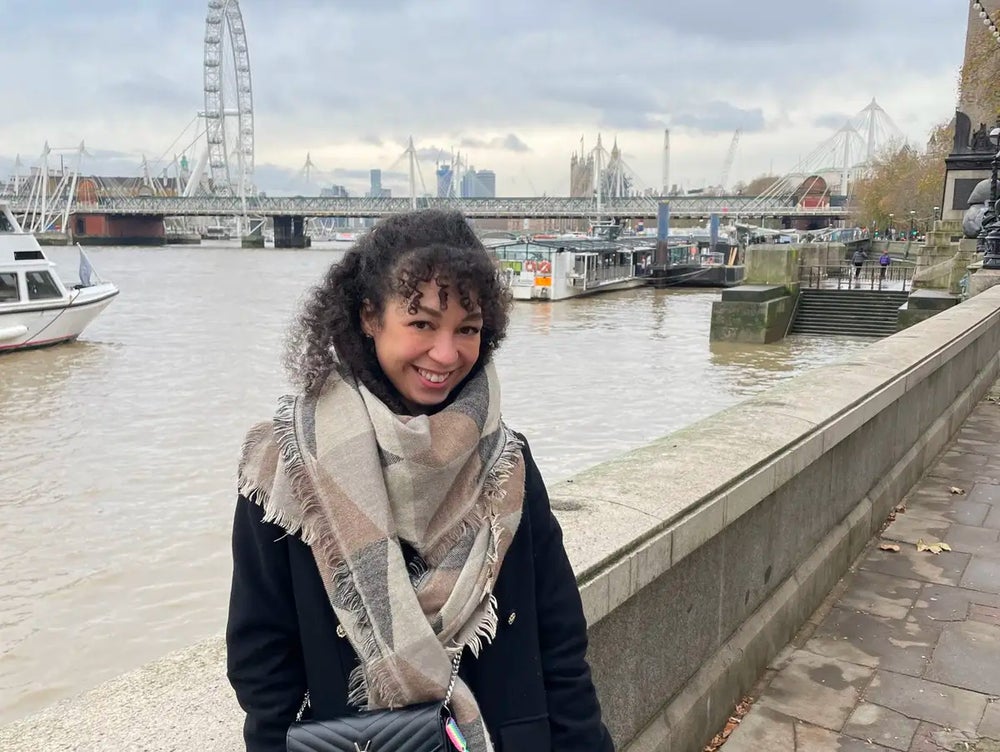 He asked if I’d like to join him on a business trip to Seattle. We stayed at a five-star hotel near the city center. I did my own thing when he was in meetings. He gave me his credit card and told me to book stuff for us to do for when he finished working. He told me to have a spa day and go shopping — with everything on him.

I asked ahead of time if I could buy a bag. He said yes. So I purchased a Celine bag that costs a few thousand dollars.

He also paid for me to fly first class to see my family on the East Coast. I think first class is a waste of money when you travel domestically but not on an international flight. You get to your destination looking alive, not half dead. I’m going to have to work hard to become an amazing entrepreneur to afford it. I don’t know whether I could ever go back to economy.

We had a lot of fun. He’s a self-made millionaire who didn’t always have it easy. He was raised in a single-parent household. He’d pulled himself up by his bootstraps. We’re no longer dating, but I learned some useful things from him.

I’ve worked in corporate America for almost 10 years. I’m not ignorant about business dealings. I’ve done a lot of reading. It was nice to meet someone with the same intellect. I worried that people who were super successful would be intimidating. But I had a peek behind the curtain. They get lonely and want company, just like everyone else.

As for the sex, over the past year or so, I have never had such good sex. It’s been communicative and respectful, with no exceptions.

There’s a slight drawback with these businessmen, however. Solitaire is not their strongest suit. They’re used to people saying yes to everything they want and when they want it. I’ve learned that it’s OK to say no. If they can’t handle that, they’re not the person I’m trying to partner with.