Plastics are great for so many things, but they stay around for an awfully long time. Intropic leaps to the rescue with a set of enzymes that can be added to plastics at the very beginning of their life cycle, before it is even turned into products. The additives the company makes have been proof-of-concept tested and it wants to upend how plastics are made and disposed of.

Intropic’s additives make many of the most commonly used plastics biodegradable in normal commercial composting. The enzymes are added to the pellets or powders that are used in the normal course of plastic production. This gives plastics new, biodegradable capabilities without changing the manufacturing processes used to create plastic products. At the end of the lifecycle, when it’s time to get rid of the material, the products can be composted into their component parts.

The problem with current ways of disposing of plastics is that while materials made of plastic can decompose, nature does it from the outside in, and it takes a very long time. The innovation from Intropic, pitching in the Startup Battlefield at TechCrunch Disrupt 2022, is the additives are added to the plastic raw materials, which means that the materials dissolve through a process called depolymerization. Essentially, the polymer chains are reduced to monomers, which nature’s normal decomposition processes can take care of.

The company claims that when the plastics are subjected to water and relatively low heat (40ºC / 104ºF), PLA and PCL plastics treated with the additives can break down 98% faster than without the additives. At an industrial scale (for example, when the plastics are cutoffs or leftovers from regular manufacturing processes), the water-and-heat bath can break down the plastics in less than 48 hours, which can then be further processed. For post-consumer plastics, those same conditions occur naturally in commercial composting.

“The enzymes are activated by temperature and water, not one or the other. We need both. And that’s really important because if it were just temperature, you wouldn’t be able to put this in a truck or a warehouse in Arizona or Houston in the summer,” explains Aaron Hall, CEO and founder at Intropic. “If it were just water, when it gets humid, all of a sudden you’ve got things melting or degrading. For now, we need both, but in the future, there are angles that we can explore to create even more handles of control, which is a lot of the fun.”

Because the additives are added before the manufacturers have started shaping the products, the possible use cases are vast, the company told me, and because the manufacturing process itself doesn’t change, it could, in theory, be rolled out very quickly.

“We’re developing enzymatic additives that can go inside of plastics and enable them to self-degrade. There are many different application spaces where that is relevant,” says Hall. “Single-use packaging, especially food packaging, is an enormous space that we’re interested in, but there are lots of other single-use plastics that are also important, right? Think about all of the tech packaging. The plastics our headphones come in, all the little sleeves, shrink wrap, etc.”

The company is at the early stages of what it’s doing, but is making some very interesting progress. It has completed its proof-of-concept work and has published a few papers in academic papers to show that the technology works. Right now, Intropic is working to scale up its manufacturing to the kilogram scale.

“We are not tied to this number, but for the sake of an example, let’s say we’re going to use 1% of additives. That means that one kilo of additive can equate to 100 kilos of the finished product,” Hall explains. “That’s more than enough to do testing and validation for the initial stages. From there, we’re looking to find partners.”

The company is particularly focused on ensuring its product will work at enormous scales, to maximize its force for good, and tackle as much of the plastics problem as possible.

“The way we’re looking to formulate is that we’re working on making this into a ‘master batch.’ It will be a powder or a pellet, depending on what our partners need. We’ll be able to add that at the beginning, which means we’ll be able to get into all sorts of products,” says Hall. “This could be anything from coatings, such as an aqueous coating or a solvent-based coating, all the way through to injection molding, roll-to-roll and lamination, covering the full spectrum of plastics manufacturing. That’s, ultimately, what’s really cool about this being an additive: That’s just naturally how the process flow goes, which means it’s fairly straightforward to integrate into many of these channels.” 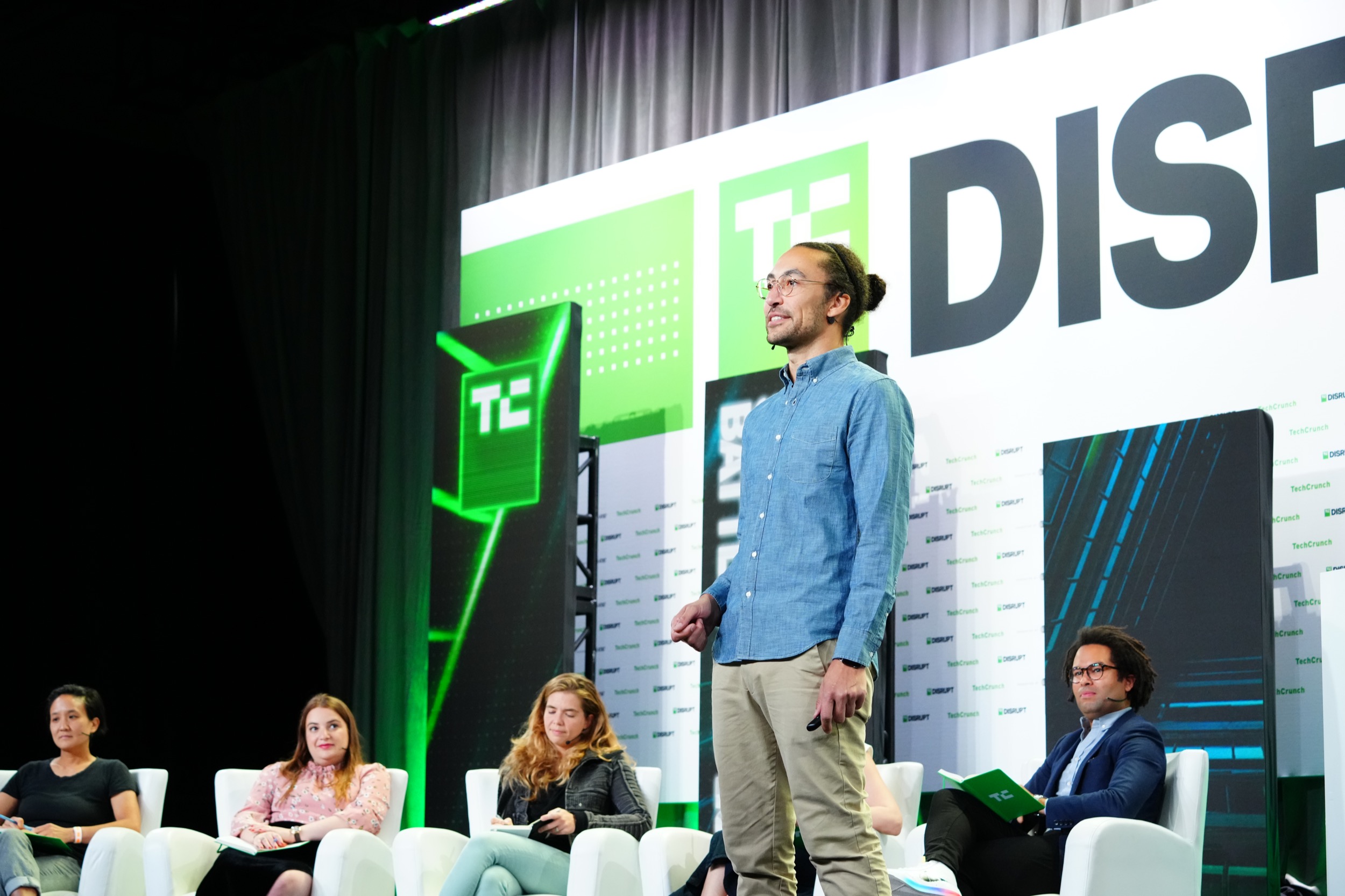 The company is very careful about making universal declarations about its efficacy, explaining that the additives do need to be activated with heat and water for the rapid breakdown to occur. I asked whether there would be a benefit to having these plastic additives, even if the final product ends up in landfills, for example.

“As a PhD-trained scientist, I’m going to be careful about making claims,” Hall laughs, “but having these enzymes inside could lead to something that has a much faster degradation even in a landfill environment with less-optimal conditions. That’s certainly a possibility, but something that we would want to validate before we make any strong claims about it. Having said that, it is exciting to entertain that thought, and there’s no reason to think it would absolutely not work.”

What struck me the most about talking with the Intropic team is that it sees itself as part of a large, overall solution to the plastics problem. The team also spoke with great enthusiasm about other innovations in the materials space, especially new, large-scale polymers and the new materials that have resulted.

“Over the past few years, there has been a lot of investment and excitement around trying to explore these new directions. We are a part of that but we’re approaching it from a different angle,” Hall concludes. “Our main differentiation is that we are embedding inside of materials. From other players, we are seeing new materials made from different substrates with different chemistries. I’m really excited about those and I look forward to seeing those hit the market. At the same time, they are facing a different scale of the problem, with a very different kind of integration problem.”