The electric everything revolution is here, and with it an unprecedented demand for critical battery materials. The most precious of all? Lithium, the crucial ingredient in the lithium-ion batteries that will power everything from your Tesla to your iPhone.

The problem is, extracting lithium is expensive, time-consuming, labor intensive and takes a serious toll on the environment. It either involves digging lithium-rich rocks out of mines, crushing them, roasting them, washing them with acid and roasting them again, leaving large open pits behind, or, through evaporative brine processing, taking mineral-rich water found deep underground, known as brine, and pumping it into large ponds that evaporate 24 to 36 months under the sun. All of the other metals that get deposited at the base of the ponds — sodium, potassium, magnesium — get removed through exposure to harmful chemicals in order to access just the lithium.

Brine flows into metal columns, which use Nano Mosaic to capture first all salts and minerals, and then just lithium. Image Credits: Minerva Lithium

A wave of so-called direct lithium extraction startups are raising their hands with solutions to all of these problems. Among them is Minerva Lithium, a University of North Carolina at Greensboro spinoff that has produced Nano Mosaic, a coordinated polymer framework that looks a bit like black gravel and extracts critical materials from brine in just three days. Just one gram of this absorbent material has a surface area equal to that of a soccer pitch, according to Sheeba Dawood, CEO and co-founder of Minerva, which should give you an idea of ​​just how little you’d need to extract a large amount of minerals.

Minerva, which is participating in the TechCrunch Disrupt 2022 Startup Battlefield, says that it can extract one metric ton of lithium using just 30,000 gallons of water, and it can do it in three days. Evaporative brine processing needs to evaporate 500,000 gallons of water to get to the same amount of lithium, according to Dawood.

Dawood said Minerva’s is a two-step process that involves placing the Nano Mosaic material into a white filtration bag, which is then placed into a metal column, pictured below.

“Without using ponds or evaporation, we have water flowing into the first column, which captures all other minerals like sodium, potassium, magnesium,” Dawood told TechCrunch. “Then it goes into the second column and only lithium is captured. We then take the lithium out of the material and heat it to get lithium crystals.”

While Nano Mosaic, or “magic material” as Dawood affectionately calls it, is Minerva’s actual product offering; the company’s business model will rely on the sale of lithium to battery manufacturers, lithium manufacturers and chemical companies.

“We will partner with brine operators either from the lithium industry or chemical companies — for example, bromine manufacturers that have lithium in their water — to use our technology and their brine resources in a strategic partnership,” said Dawood.

In other words, Minerva will sell Nano Mosaic to brine operators or bromine producers for free to cheap, allowing them to use their resources to extract lithium from brine. Minerva will then buy the raw lithium back at a cheap rate, process it and sell it to battery manufacturers at a market rate that climbs daily. The global weighted average price of lithium carbonate was $60,442 per tonne in September, according to Benchmark Mineral Intelligence. That’s up from $59,928 last month, and $18,353 September last year. In September 2020, that number was $6,086 per tonne.

Dawood says Minerva has already acquired plenty of potential partners to come on board. Now, the company just has to raise some more money to get to the next phase. At Startup Battlefield, Minerva will seek funding of $1 million that will help the startup move toward its pilot demonstration so it can achieve third-party validation. To date, the company has raised $500,000 through a series of government grants and competitions.

The pilot demonstration involves developing a “skid,” which is a modular unit, to hold five units of filters which will treat about 171 gallons of brine per minute to extract a total of 11 tons of lithium per day. At today’s price of lithium, that could mean about $230 million in revenue per year. 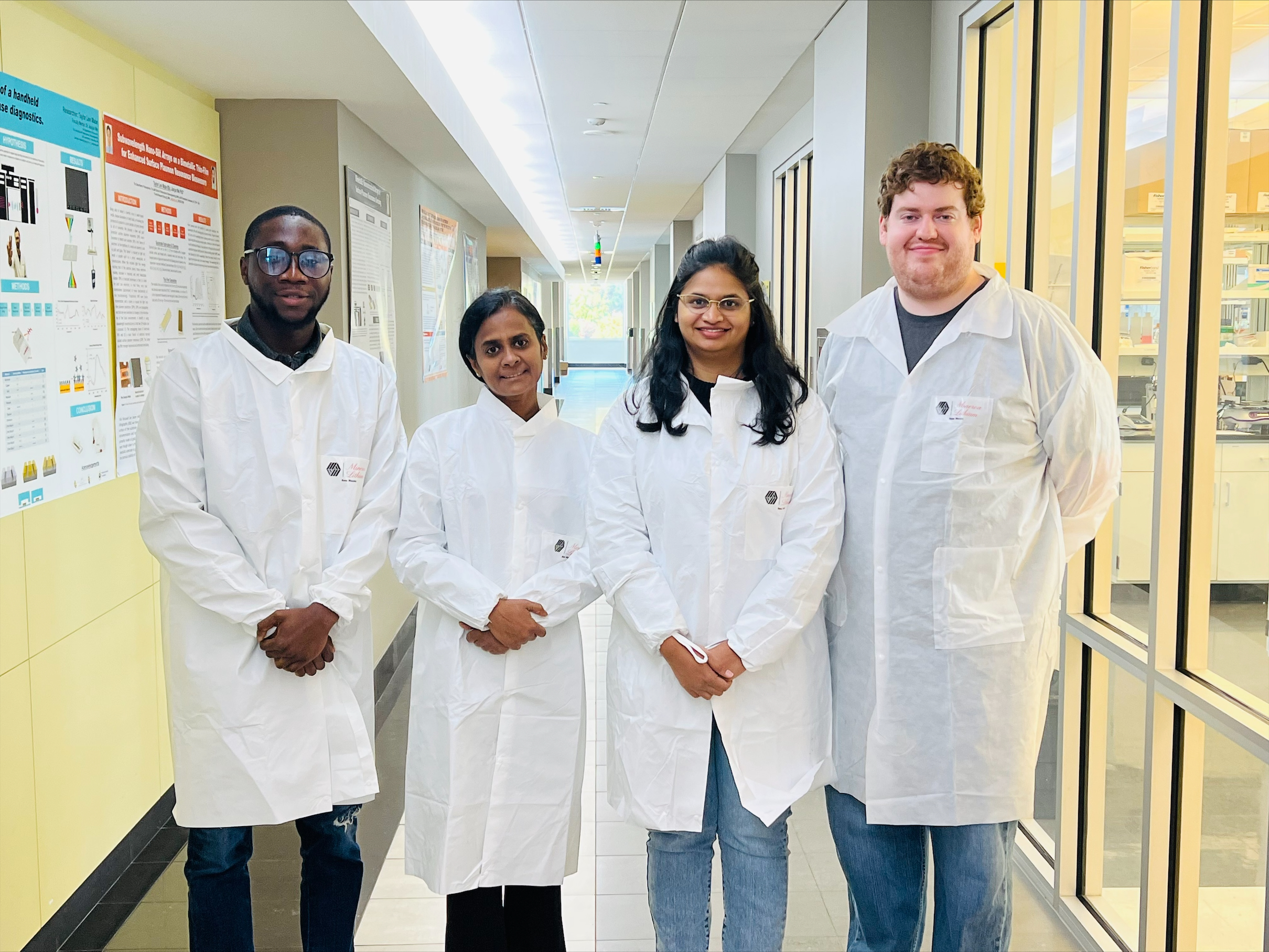 The money will also help Minerva hire some new technicians to assist as it gets to the validation phase. Currently, Minerva has about four employeesincluding Dawood and her co-founder Hemali Rathnayake.

Dawood was doing her PhD at UNCG’s joint school of nanoscience and engineering, where Rathnayake was her professor. She was researching a similar polymer material to the one Minerva is using when she started thinking about the potential for batteries to change the world.

“Everyone is talking about batteries, but is anyone really talking about the minerals that are needed in the battery?” said Dawood. I researched and realized that critical materials are going to be the next big thing. Like it’s literally gold, and lithium is one of them. The US only contributes around 1% of total global lithium.”

Before Minerva was officially founded, Dawood and Rathnayake took part in a National Science Foundation (NSF) program designed to help universities with entrepreneurship programs. The two went from regional to national intensive programs, traveling all over the US and interviewing over 200 potential customers, everybody from CEOs to operators in the field, in order to learn how to get product-market fit.

Dawood and Rathnayake spun out the company after Dawood graduated in June 2020. They came up with the name Minerva Lithium because UNCG’s logo features the Roman goddess. By 2021, Minerva had received pre-seed funding from NSF. In March and April of this year, Minerva scored further funding from North Carolina that has taken the startup into its next phase.

While Minerva sees lithium as the main attraction, the company sees its Nano Mosaic material being used for a variety of other purposes.

“In the future, the [Nano Mosaic] can extract other critical materials like nickel and cobalt and can even be used for water purification because it removes all the dissolved salts from the water,” said Dawood. “Maybe the water could be used for irrigation or industrial purposes. And also if it meets the standards, it could be used for drinking purposes. So these are some of the other avenues that the material has potential.”