The 10th-anniversary edition of LABITCONF starts in a few hours. To celebrate, the legendary conference came back to its native Buenos Aires. The tickets are sold-out and the city is buzzing with activity, crypto celebrities, and satellite events. The following article is about two of them, both strictly bitcoin-focused, both starring the cream of the crop in Latin American bitcoin culture.

This is the first of the LABITCONF chronicles and will be written in the first person. Adjust your expectations accordingly.

I already had tickets for Wednesday’s LABITCONF satellite event when this flyer popped up in my timeline:

I was in the middle of my work day, but I immediately knew I had to be there. It sounded like an introductory talk, but the three premier bitcoin educators in the area were on the same bill. Over the years, Juan Biter, BTCAndrés, and Criptobastardo have earned my respect. Plus, La Bitcoineta was going to be present. Plus, it was in Crypstation, a coffee shop that accepts all kinds of crypto payments and I hadn’t visited. It was a done deal. Even if I was going to lose money by not writing, I had to be there. 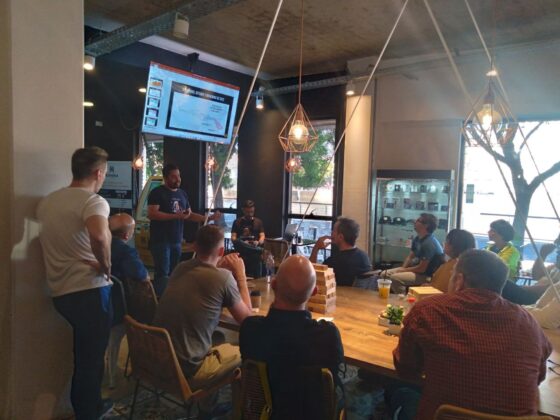 One hour before the event, I turned off the computer and hit the streets. The sun was shining when I got to Puerto Madero. So much so that I got to Crypstation dripping in sweat. The event had already started, so I couldn’t sneak into the bathroom. I had to watch the introductory talk while looking like Jordan Peele in the famous meme, but it was alright. The crowd was small but engaged, most of them wanted to really learn about bitcoin. Were they warming up for LABITCONF like I was?

As it usually happens, the classic objections came up. What about quantum computers? What about DeFi and other alternatives? Is bitcoin old-tech? The educators were equipped to deal with those questions and more, and so they did. Hopefully, the crowd took notes and downloaded the right bitcoin wallets.

The place was phenomenal, I couldn’t believe it. An old house built when people wanted things to last, conditioned for crypto conferences and master classes. The ceilings were high, the main walls were covered in wood, and there were all kinds of details around the house. Plus, free pizza and beer. There was a rumor that Samson Mow was going to be at the event. I even saw a second version of this flyer with the ex-Blockstream in it:

Sadly, Samson Mow’s plane was delayed. He’ll be here for LABITCONF, though. Luckily for us, Prince Philip of Serbia stepped up. He recently joined Mow’s Jan3 organization and shared his experience with us. Before that, Marcela Romero of the BFX Leos community presented Keet, Bitfinex’s censorship-resistant peer-to-peer chat app. 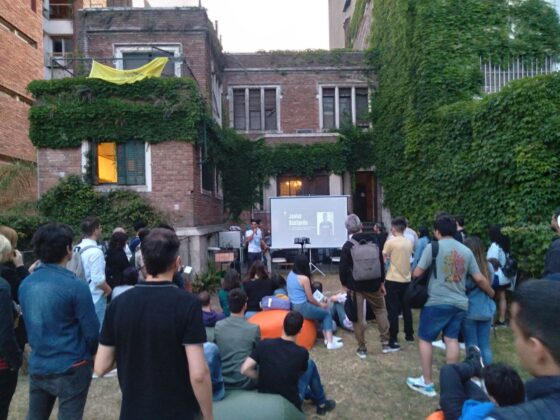 After both of them, Criptobastardo gave a bitcoin introductory talk and schooled everyone on the importance of finite resources. He also told them that bitcoin was the first and only digital scarcity, a complex concept that’s one of the ingredients to bitcoin’s greatness.

When all was said and done, we ate. And after that, La Crypta gave away tickets to LABITCONF. To pick the winners, one of their staff members programmed something that extracted numbers from a bitcoin block. That was amazing. 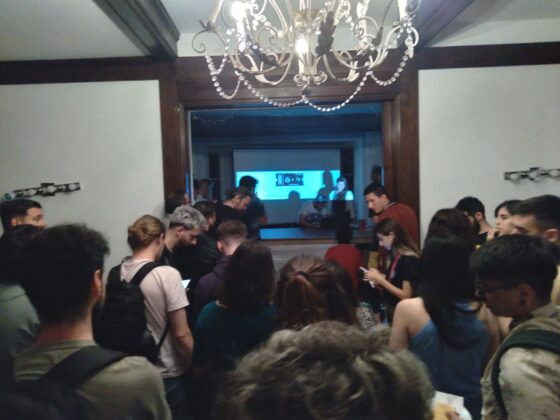 I planned to come home to write this as soon as I got my hands on a LABITCOINF ticket, but I stayed at La Crypta meeting everyone, eating pizza, and drinking beer. All in all, it was a phenomenal day. Even if I lost money by not writing and the day off delayed all of my processes.

In fact, I just finished writing this and, in a few hours, I have to wake up to go to LABITCONF to find cool stories for you, dear reader. The things we do for love.